It would have gone unnoticed as another suicide of a heart-broken young woman, a forgettable statistic among the thousands of desperate individuals taking their own lives to escape some harsh reality or the other. But no, the death of a 21-year-old college-going woman is still in the conversation. It could be because a case has been filed by the deceased woman's sister against a businessman who she accuses of being involved in this death. The forensic evidence and the court will decide whether it is a case of murder or whether the accused drove her to commit suicide, or whether the evidence is inconclusive to prove either crime. 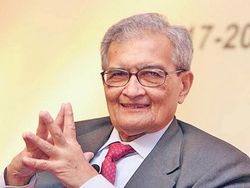 ED: Decentralization is the way to equitable development

OP-ED: Dhaka, which was a great town

OP-ED: What if we were not so future oriented?

OP-ED: The occupation courts of Israel: Where is the justice?

ড. হাছানাত আলী
জাগো নিউজ ২৪
৩ ঘণ্টা, ৩০ মিনিট আগে
We use cookies to ensure you get the best experience on our website.