Border clashes reflect shared suspicion at best and animosity at worst between neighbouring states. The Indo-China border clash is a classic example. India claims the McMahon Line drawn in 1914 including Arunachal Pradesh as its border with China in the north-east and the Johnson Line drawn in 1899 including Aksai Chin in the north. Since China never recognised either of these 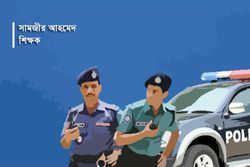 Two sides of the Covid

প্রথম আলো
২২ ঘণ্টা, ৫৬ মিনিট আগে
We use cookies to ensure you get the best experience on our website.