Awami League General Secretary Obaidul Quader today said Prime Minister Sheikh Hasina herself is looking into the matter involving the incumbent president and general secretary of Bangladesh Chhatra League (BCL). "Any amendment or change to BCL will be handled by the Prime Minister herself," he told reporters at the Secretariat. Asked about the upcoming council of BCL, the 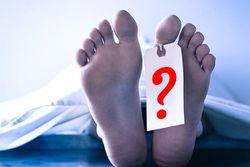 সমকাল
৪১ মিনিট আগে
We use cookies to ensure you get the best experience on our website.