Zlatan Ibrahimovic, the 'Benjamin Button' of Serie A, on Thursday extended his contract with AC Milan until 2022 which will take him past his 40th birthday. The Sweden striker, who turns 40 in October, has been credited with transforming Milan into title contenders again since his return in January last year. "AC Milan is the club for which Zlatan has played the most in 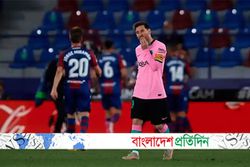 No Karunaratne, Mathews in SL squad for Bangladesh ODIs

ডেইলি স্টার
১ ঘণ্টা, ৪০ মিনিট আগে
We use cookies to ensure you get the best experience on our website.