Saif Sporting Club ended the first phase of their Bangladesh Premier League campaign on a high note, inflicting a 4-0 defeat on Brothers Union at the Bangabandhu National Stadium yesterday. However, even though Saif, runners-up of the season's curtain-raising Federation Cup, had started the competition as one of the title contenders, they are now 12 points behind leaders

Contract extension 'not a topic any more' for Neymar 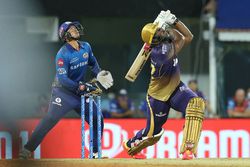 ডেইলি বাংলাদেশ
২ ঘণ্টা আগে
We use cookies to ensure you get the best experience on our website.