Internet services across the country returned to normal early yesterday after 12 hours of disruption due to damage caused by an excavator to the country's second submarine cable on Sunday. Two of five accused, including the brother of a union parishad chairman, in a case filed over the incident were arrested yesterday.

Internet speed back to normal Internet speed back to normal Slow internet likely for next 5 days due to submarine cable maintenance: ISP association 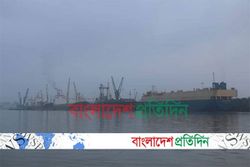 পূর্ব পশ্চিম
৩ ঘণ্টা, ১২ মিনিট আগে
We use cookies to ensure you get the best experience on our website.