French President Emmanuel Macron visited shell-shocked Beirut yesterday, pledging support and urging change after a massive explosion devastated the Lebanese capital in a disaster that has sparked grief and fury. "Lebanon is not alone," he tweeted on arrival before pledging Paris would coordinate international relief efforts after the colossal blast killed at least 137 people, 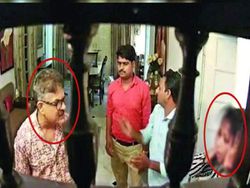 আরটিভি
১ ঘণ্টা, ১২ মিনিট আগে
We use cookies to ensure you get the best experience on our website.