Pakistan’s foreign minister told the United Nations human rights forum on Tuesday that India’s military presence in the disputed Muslim-majority territory of Kashmir raised the spectre of genocide. India, which stripped Kashmir of its autonomy on August 5, in response accused Pakistan of “offensive rhetoric.. of false allegations and concocted charges” against it.

Bihar to allow quarantined coronavirus patients to vote in elections 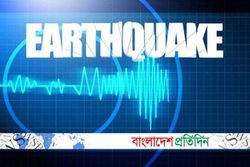 Bihar to allow quarantined coronavirus patients to vote in elections

Can’t lose to a guy who didn’t campaign!

শেয়ার বিজ
৪ ঘণ্টা, ১৬ মিনিট আগে
We use cookies to ensure you get the best experience on our website.