Defending champions Bangladesh gave further proof of their title credentials with a 7-1 thumping of Sri Lanka in their second match of the SAFF U-15 Championship at the Kalyani Stadium in Nadia, West Bengal yesterday. Striker Al Amin Rahman scored five goals while his strike partner Al Mirad and skipper Rakibul Islam scored a goal apiece as the boys in red and green built on their dominant start. They had handed Bhutan a 5-2 defeat on Friday. 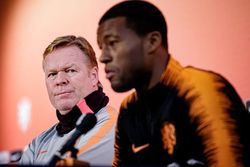 জাগো নিউজ ২৪
১ ঘণ্টা, ৩৭ মিনিট আগে
We use cookies to ensure you get the best experience on our website.