Dhaka South City Corporation Mayor Sheikh Fazle Noor Taposh today said buses will run under a single company on the proposed Kanchpur Bridge-Ghatarchar pilot route in Dhaka from September 7. Earlier, the mayor had announced to run 155 buses on the route on a pilot basis from April 1. "We could not implement the earlier decision due to the coronavirus situation," said Taposh,

Banks to provide services from Sunday for limited hours

AL to observe month of mourning on limited scale 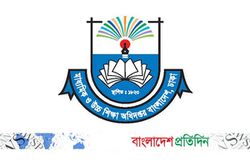 বার্তা২৪
৩৭ মিনিট আগে
We use cookies to ensure you get the best experience on our website.