Myanmar's election last year reflected the will of the people and the army was unjustified in using alleged flaws as a reason to seize power, an international monitoring group said yesterday in its final report. The February 1 coup cut short a decade of tentative democratic reforms and led to the arrest of elected leader Aung San Suu Kyi, whose party had swept the Nov. 8 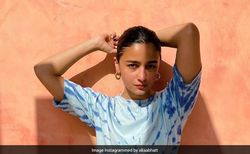 জাগো নিউজ ২৪
২ ঘণ্টা, ৩৭ মিনিট আগে
We use cookies to ensure you get the best experience on our website.