Police arrested Jamaat-e-Islami leader Shah Jahan  Chowdhury, also former lawmaker of Ctg-15, from Satkania upazila of Chattogram early today on charge of instigating and provoking Hefajat-e-Islam violence in Hathazari upazila on March 26 and 27 during the protests against Indian PM Modi's visit. "The jamaat leader was held from his residence at Samdarpara of Satkania 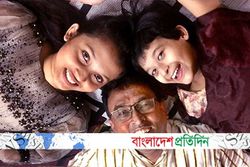 ডেইলি বাংলাদেশ
৫৪ মিনিট আগে
We use cookies to ensure you get the best experience on our website.