We all knew about it, many suspected it would happen sooner. It was even in the news earlier this year. This January, UEFA and FIFA published a statement saying that they'd ban any football club or player associated with any exclusionary European football league from participating in UEFA and FIFA's existing competitions. That had to put a stop to this farce, right? Apparently A month before Euro 2020, uncertainty off the pitch and on

Milan knock Juve out of top four with thumping win 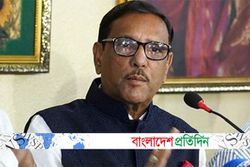 বিবিসি বাংলা (ইংল্যান্ড)
১ ঘণ্টা, ৩ মিনিট আগে
We use cookies to ensure you get the best experience on our website.