Lesotho is a name that is unknown to most of us and doesn't ring any bells because we know nothing about it. It's an enclaved country within the borders of South Africa. A very small landlocked country, Lesotho is a more popular name in the USA and the European countries owing to the fact that it is one of Africa's largest apparel-exporting countries, which has grown from being a marginal manufacturing sector to one of the most popular sourcing hubs for the global apparel market. This has been possible because Lesotho leveraged foreign direct investment (FDI), which not only brought about significant changes in the economic situation of this country but also generated jobs adequate enough to placate its citizens. The World Bank thinks that a strategy like luring foreign investment can bring significant benefits for developing economies.

Bangladesh as an emerging economy should also tap into FDI with a view to bringing about commendable economic changes and catalysing the growth momentum. Bangladesh has recently opened up its market to foreign investors and is welcoming FDI. According to the latest data by Bangladesh Bank, FDI flows rose by 5.36 percent to USD 1.65 billion in July-October 2019. In contrast, another report claims that gross FDI inflows during the year 2019 reached USD 3,991.49 million. However, the pandemic has dealt a heavy blow to FDI worldwide, and Bangladesh is also suffering in this regard. Bangladesh Bank statistics show that the net inflow of FDI into the country declined by 19.50 percent in the first nine months (January-September) of 2020. The situation is expected to improve as soon as the pandemic is mitigated. Of late, Bangladesh Investment Development Authority (BIDA) has taken some initiatives to attract foreign investment. Its one-stop service portal is one of those that aims to deliver all investment-related services under one roof and offers 41 services. Moreover, BIDA has started working collaboratively with other organisations to lure foreign investors into our country. Teaming up with Standard Chartered Bank and organising the Bangladesh-Italy investment summit to be held next April, are some of those steps taken to promote Bangladesh as an investment destination and bring in investments from abroad. All these are poised to bear fruits in the long run. OP-ED: How it feels to give birth during the pandemic 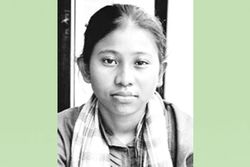 Your land is my land: Environmental injustice in Bandarban

Die was cast for Bangladesh’s Liberation War in April 1971

A bend in the Buriganga choked by grabbers

OP-ED: The final days of Ramadan 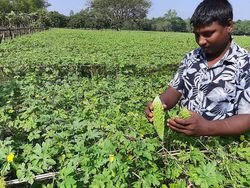 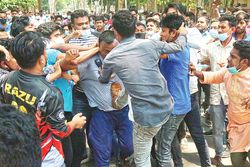 ড. মইনুল ইসলাম
প্রথম আলো
১৬ ঘণ্টা, ১১ মিনিট আগে
We use cookies to ensure you get the best experience on our website.