Three persons were arrested today in a case filed over raping a woman at a village in Hatiya upazila of Noakhali on Saturday (February 27). The victim yesterday filed the case against the accused rapists at Hatiya Police Station, confirmed Abul Khair, officer-in-charge of the police station, today. The arrestees were produced before the court of Noakhali Chief Judicial

Earth observation and statistics for the SDGs

Unused allocation for the poor 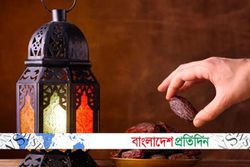 ফিনান্সিয়াল এক্সপ্রেস
১ ঘণ্টা, ৩ মিনিট আগে
We use cookies to ensure you get the best experience on our website.