Firefighters on Thursday said they had contained about half of a massive blaze ravaging Los Angeles County for nearly a month, as a fire season that has killed dozens across the US West took another hopeful turn. The Bobcat Fire burning outside Los Angeles held steady overnight at about 113,000 acres burned, John Clearwater, spokesman for Angeles National Forest, said in a 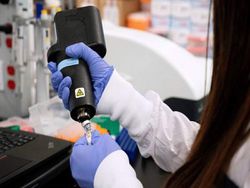 আনন্দবাজার (ভারত)
৩ ঘণ্টা, ৩৫ মিনিট আগে
We use cookies to ensure you get the best experience on our website.