"Schitt's Creek," the little Canadian show about a fish-out-of-water family, made history at Sunday's Emmy Awards with a comedy awards sweep, something even TV greats including "Frasier" and "Modern Family" failed to achieve. Zendaya, 24, became the youngest lead drama actress winner for her role as a troubled teenager in "Euphoria." She's only the second Black actress to win 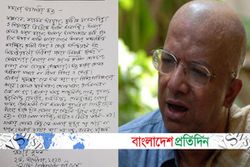 Are we ready to go back to the movies?

Borat preys on Giuliani and Trump fans in outrageous sequel

প্রথম আলো
৭ ঘণ্টা, ৪৯ মিনিট আগে
We use cookies to ensure you get the best experience on our website.