A fierce political battle shaped up over the future of the U.S. Supreme Court on Saturday, with President Donald Trump saying he would quickly name a successor to liberal Justice Ruth Bader Ginsburg, a move that would tip the court further to the right. "We were put in this position of power and importance to make decisions for the people who so proudly elected us, the most India allows entry of foreign visitors after more than 7 months

Have US media gone too easy on Biden? 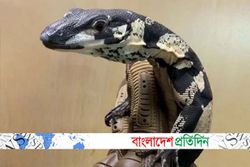 বার্তা২৪ | আমেরিকা / যুক্তরাষ্ট্র
৩ ঘণ্টা, ১৩ মিনিট আগে
We use cookies to ensure you get the best experience on our website.