The Brazilian Press Association on Thursday filed a criminal complaint to the Supreme Court against President Jair Bolsonaro, after he took off his mask in a televised interview in which he announced he had tested positive for the novel coronavirus. Bolsonaro made his announcement on Tuesday. His illness is a potent symbol of his government's botched response to the outbreak 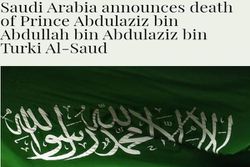 আনন্দবাজার (ভারত)
১ ঘণ্টা, ৩৮ মিনিট আগে
We use cookies to ensure you get the best experience on our website.