If Laxmipur-2 MP Mohammad Shahid Islam Papul is found to be a Kuwaiti citizen, his seat will be declared vacant, Prime Minister Sheikh Hasina yesterday said in the parliament. "We are talking with the Kuwait government whether he [Papul] is a citizen of Kuwait or not…we'll look into it. If he's a citizen of Kuwait, then we will have to vacant his seat because law will take its

Wuhan not necessarily where coronavirus crossed from animals into humans: WHO expert 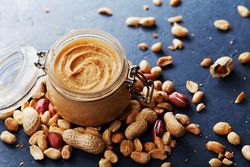 ডয়েচ ভেল (জার্মানী)
১ ঘণ্টা, ৩৬ মিনিট আগে
We use cookies to ensure you get the best experience on our website.