Britain has identified 49 "notorious" individuals and organisations, 25 of them Russian, 20 Saudis and two top Myanmar generals, to be sanctioned under its first post-Brexit targeting of accused human rights violators, prompting immediate anger from Moscow. Min Aung Hlaing, the commander-in-chief of the Burmese military and his deputy, Soe Win are the two person named in the 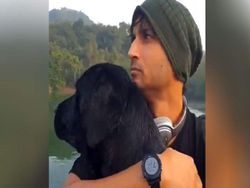 প্রথম আলো
৫০ মিনিট আগে
We use cookies to ensure you get the best experience on our website.