The 11th anniversary of the carnage at the BDR headquarters in the capital was observed yesterday. A total of 74 people, including 57 army officers, were killed in the carnage beginning on this day in 2009. To observe the day, Border Guard Bangladesh organised Quran Khwani, doa, and milad mahfil at its all regions, sectors, institutions, and units, including the Pilkhana 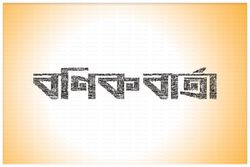 নয়া দিগন্ত
২ ঘণ্টা, ১৪ মিনিট আগে
We use cookies to ensure you get the best experience on our website.