Celebrated actor Nusrat Imrose Tisha is set to receive the 2017 National Film Award for Best Actor in a Lead Role (Female) for Tauquir Ahmed’s Haldaa. She previously won the National Film Award for her role in Anonno Mamun’s Ostitto. Fresh off the success of Mayaboti, Tisha opens up about her accomplishments, latest projects and more, in an exclusive interview with The Daily 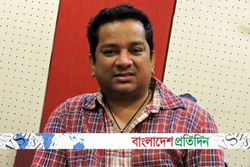 প্রথম আলো
৪ ঘণ্টা, ৫ মিনিট আগে
We use cookies to ensure you get the best experience on our website.