The authorities of National University (NU) have postponed all the examinations scheduled for tomorrow "due to severe cyclonic storm Bulbul." A fresh schedule for the examinations will be announced later, Faizul Karim, acting director of the NU public relations office, told The Daily Star. Other exams will be held according to the earlier schedule, he added. 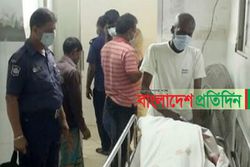 কালের কণ্ঠ
৪ ঘণ্টা আগে
We use cookies to ensure you get the best experience on our website.